Much of Godfrey's earlier work is undocumented and very few pieces are available today for collection. This gallery shows shows a sample of his recent works which date from the years 2005-2008 and include works completed in both Wigan and Perthshire and seen for the first time here.

Discerning visitors will detect a number of influences in his work, not the least in the tradition of Lowry and Isherwood, his ability to convey the same sense of the overwhelming scale of the forces pitted against the human spirit, for example in "The Red Men Cometh" and "Trouble At Mill". Even in the apparently more cheerful imagery and brilliant colours of paintings such as "The Big Kiss" and "Beyond the Door" and "Big Blue" the theme of immense influences, in this case our relationship with nature in crisis, is apparent.

And yet there is an affectionate sense of humour on a human scale at work also as can be seen in his more intimate works, a number of which are represented in the selection, including "Mr and Mrs Powell", "Tunnoch of the Glen" and "Wigan Pier".

The comments on the paintings shown below are not those of Godfrey himself. His opinion is that the paintings speak for themselves to those who listen and it is for others to comment and judge, not himself. If you have a comment on a particular painting, please use the appropriate page to convey it to him. 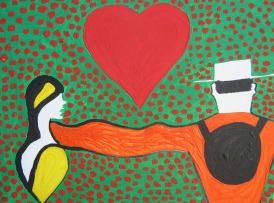 An affectionate portrait of two friends. 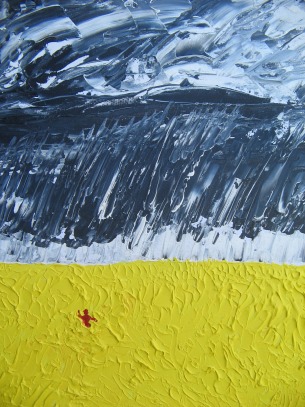 An allegorical work which tests the perception of perspective and protected space. 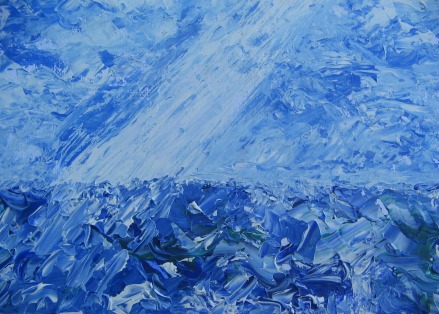 Abstract in blue and white. A companion painting to "Big Blue" 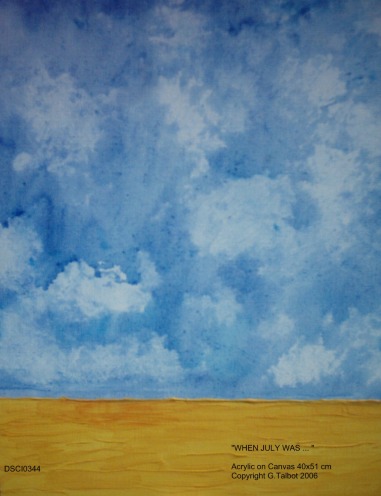 ... golden under the apple boughs, perhaps? There is no haywain but only immense clouds building over a field of gold. Prairies or East Anglia? The answer may lie less in the title than in the mood of the the painting. 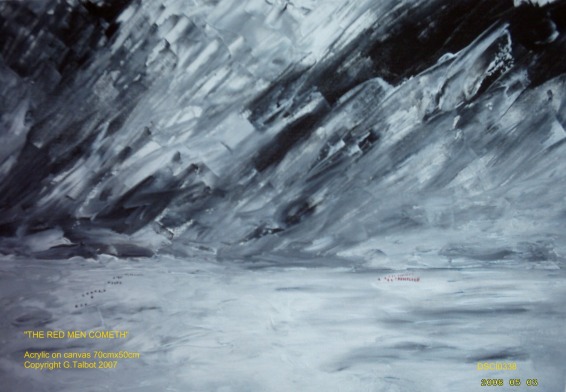 The scale of this work is best appreciated by magnifying its image to the full size of your screen. The red men advance but to what fate under the lowering sky? 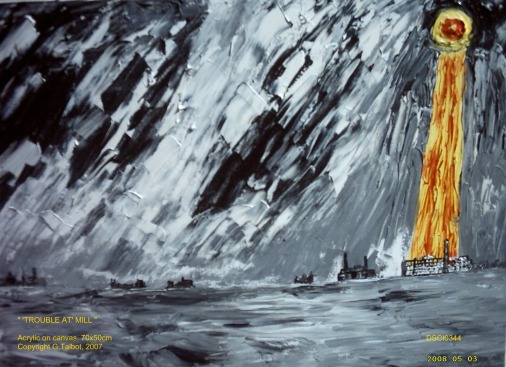 For someone born and bred in Lancashire the title of this painting is not funny. Generations of good people were sacrificed in these mills to make the few rich. In this painting the mill is more than on fire, nor is it alone in the desolate landscape devoid of any human figure to give it meaning.

"A Portion of Ocean" 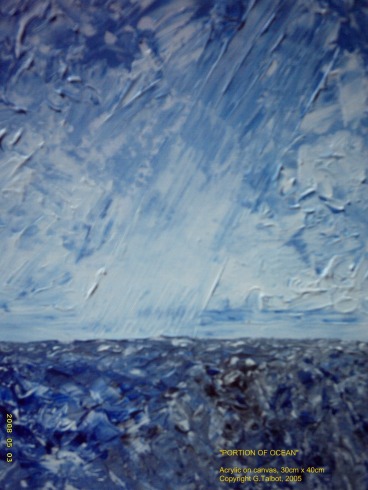 A turbulent scene which demonstrates the painter's mastery of his medium and subject. 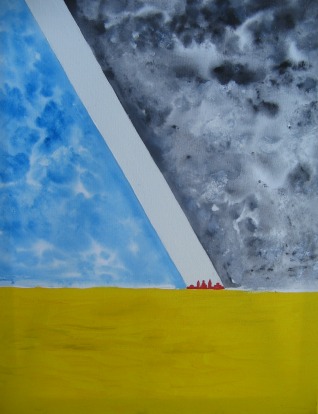 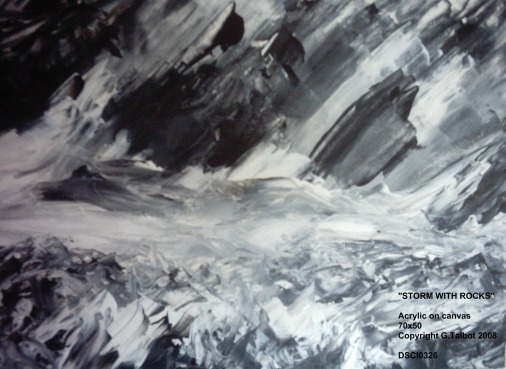 A masterpiece study in motion as a wave spends itself on rocks, but look more carefully, there is more to sea than rocks and water. 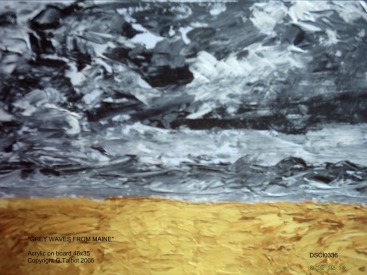 Of course, the waves are clouds, or are they? Why Maine, and is that the shore or something else?

As in many of Godfrey's recent paintings he seems to be re-defining here the boundaries between the real and the imagination and drawing a line between elements which are themselves changing. 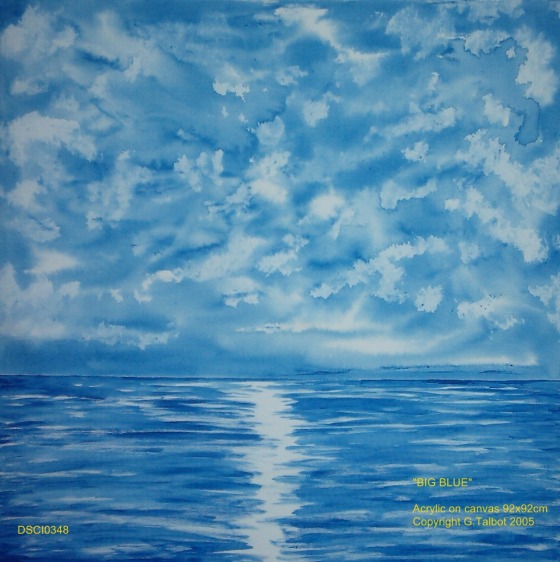 The title describes the painting literally. It is certainly large and mainly blue, but neither its title, nor this image, conveys the dream-like immersive and addictive quality of this work. 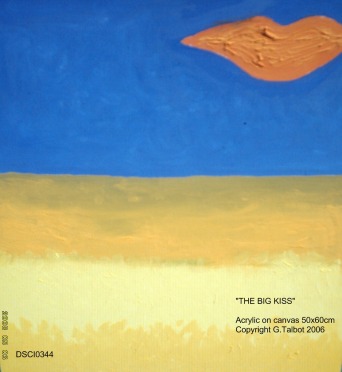 "The Big Kiss" is one of a much larger series in which the painter explores the emotional relationship between earth, sun and sky in a time when global warming is threatening our existence. 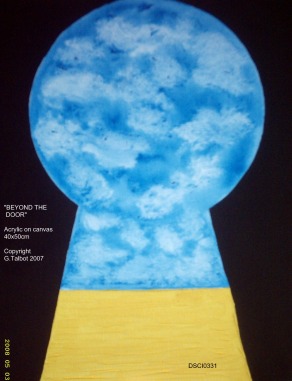 "Beyond the door" is one of the paintings that reflect the enigmatic nature of Godfrey's work. In a world of blue skies and deserts, is it safe to venture through the door into the light? Another interpretation is that we are being shown not a glimpse from dark into light but rather the process of genesis.